By Khalid Abdelaziz and Dan Williams Sudan and Israel will discuss agreements to cooperate on trade and migration issues in the coming weeks, the Sudanese...
Read more
World News

By Felix Onuah and Angela Ukomadu Nigeria's police chief ordered the immediate mobilization of all force resources on Saturday to try to control the worst...
Read more
World News

By Naveen Thukral and Hallie Gu China's government is expected to issue more import quotas and buy millions of tonnes of additional corn in the...
Read more
World News

12 million people in Britain will struggle to pay bills

Some 12 million people in Britain are likely to struggle with bills and loan repayments as the COVID-19 pandemic continues to wreak economic havoc,...
Read more
World News

By Dawit Endeshaw Ethiopia can jail people for up to two years if they deliberately violate restrictions aimed at curbing the spread of COVID-19, the...
Read more
Facebook
Linkedin
ReddIt
Twitter

By Elizabeth Howcroft and Tom Arnold

Beneficiaries of the G20 group of major economies’ multi-billion dollar debt freeze, which aims to help poorer countries survive the coronavirus pandemic, called on Tuesday for the initiative to be widely extended.

The Debt Service Suspension Initiative (DSSI) has since April seen more than 40 of 73 eligible countries defer some $5 billion in debt payments, but with no end in sight to the COVID-19 crisis, the pressure is on to do more.

World Bank President David Malpass said on Monday that only a six-month extension beyond the end of 2020 may emerge this week, rather than a year as some had hoped.

Angola’s Finance Minister Vera Daves said an extension of the DSSI would be “very useful”.

Speaking at an online forum organised by the International Monetary Fund (IMF) and World Bank, she added that Angola would have a conservative budget to try and keep its debt, expected to top 140% of annual GDP, under control.

At an Institute of International Finance (IIF) online panel, policymakers from Kenya and Costa Rica also expressed support for the scheme, as well as for countries like China and Russia – not currently part of the Paris Club government debt relief architecture – to provide more help.

“The desire to rope in all creditors, and particularly China and Russia, I think it is great,” said Patrick Njoroge, Governor of the Central Bank of Kenya.

“China has never really been there and that has always been one of the weaknesses of the Paris Club.”

‘IMF HAS TO HELP’

World Bank chief Malpass is in favour of greater participation by China and its state banks in the G20 debt scheme, as well as private creditors around the world from banks to investment funds which have not yet given help.

Costa Rica’s Central Bank President Rodrigo Cubero also said it was vital for non-Paris Club lenders to be part of the support efforts and called for more than just flexible credit lines from the likes of the IMF.

“Recognition that in most cases what is needed is actually direct budget support as opposed to balance of payments support will be critical. So I think this is where the IMF has to help,” he said.

A new World Bank study on Monday showed that among countries eligible for the G20 debt relief, external debt loads increased 9.5% in 2019 to $744 billion even before the pandemic.

With the coronavirus now savaging economies, the World Bank has warned that 150 million more people could be pushed into extreme poverty by the end of next year. 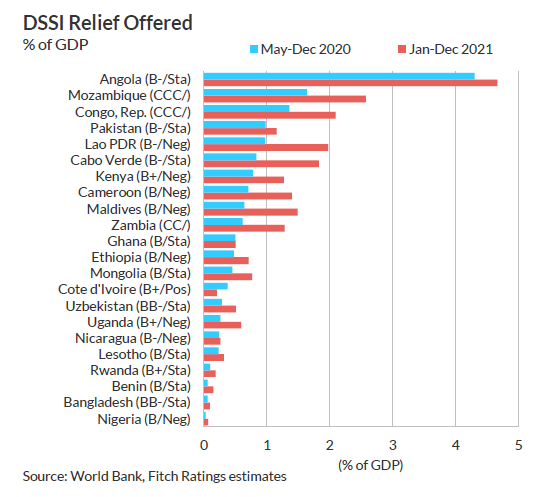 By Steve Holland President Donald Trump will go on the offensive against Democratic rival Joe Biden on Sunday with a campaign trip to New Hampshire,...
Read more
Money

Belarusian police used stun grenades against protesters on Sunday as tens of thousands of people headed towards Independence Palace in the capital Minsk demanding...
Read more

‘Murder hornet’ nest vacuumed out of tree in Washington

Majority will accept result of U.S. election, even if they dislike the winner

Police officer fired after shooting of couple in Illinois

What happens if the U.S. election is contested?

So much for social distancing: New Yorker’s stand in line for hours to cast votes